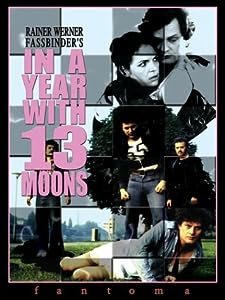 IDEA:  A man who underwent a sex-change operation in order to win over the object of his affection traces back the steps that have led him to his current, despondent state - before confronting the man that spurred his decision.

BLURB:  Fassbinder’s visual strategies are at their boldest and most striking in this stringent 1978 feature. Filled with alarming compositions that simultaneously distance the audience and refuse to let it go, the film operates on a series of reverie-like episodes that play out in long, exacting takes. Blood reds, blacks, golds, and antiseptic whites dominate the color scheme, and in a dense layering of image and sound, Fassbinder creates a world from which few can enter and even fewer can escape – including, quite often, us. The vision here is severe and angry, cynical and resigned. This is no surprise coming from a director whose every work reflected his dual confusion and repulsion at both himself and the dispassionate world around him. But this film is particularly hard to swallow. Its depiction of transsexuality, for one, borders on distasteful: Fassbinder uses it not to portray someone coming to terms with their latent gender identity, but as a metaphor for someone who is fundamentally fractured and lacking center. Another character, a man who grew up in a concentration camp and has now become a pimp/kingpin/corporate-capitalistic fascist leech, is a wonderful creation but of morally and politically dubious motivation. On the one hand, good on Fassbinder for being brutally personal and fearless. On the other – well, that slaughterhouse scene.